Tinker was on death row 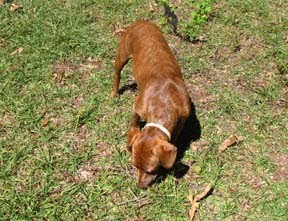 So many of you have said that Tinker was not a good fit for us. That the rescue people should have done a better job matching us up. Well they didn't match us up at all. I was talking to Angela a girl in the rescue group and telling her about what I liked in dogs. Sight Hounds!!!!!! She said that one of her girls from the rescue was at a high kill kennel about 125 miles west of Tallahassee right then and there was this super cute dog there set to be put to sleep that afternoon. The girl told Angela she wished she could bring Tinker home with this other dog, she had gone there for, Tinker was so cute. I told Angela I would foster Tinker so it would save her life. The rescue group didn't know anything at all about Tinker except she was a female and cute. The girl that had picked up Tinker from the kennel said she thought she was a year or two old. They took Tinker to the vets when they got back in town and the vets gave her some shots and checked for heart worms (she had none). The vets said she had never come in season. Which meant she was not a year old!!! Tinker had been picked up by a dog catcher as a stray. That was all they knew about her. She was picked up on a Friday by the rescue and she stayed at the vets over the week-end and brought to me on a Monday afternoon. They didn't know anything really about her at all.
I didn't know anything about her!!! We learned!!!!