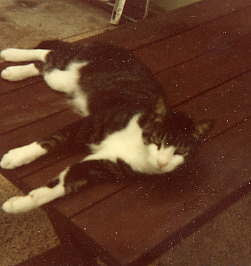 Here are just a few of the cats that I have belonged to. The one above is Tinny. He lived with us 12 years. 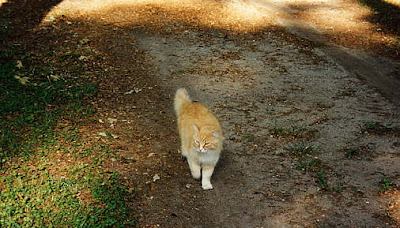 This is Friend above. He made it too about 14 years old. ( I think) 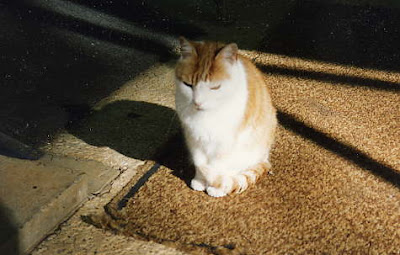 This is Tiger and he made it to 17 and a half. We know b/c he was born in Tom's sister's house. 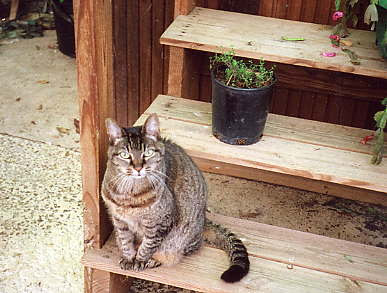 And our current cat is somewhere around 17 to 19 years old. When Happy show up she never talked. 12 years and 7 months later she talks all the time!!! She has really got a lot to say.
Tiger was a big talker too.
Friend did not talk at first but he ended up talking up a storm.
Tinny was a mystery!!! We really only guessed at his age and he probably had been an outside cat because he didn't spend at lot of time in the house except in winters that were cold. He would get on top of the kitchen cupboards and some time on top of my bookcase. He didn't really spend a lot of time with us. So he never became as much of a talker as so many others did.
I talk a lot to my animals and some of them defiantly talk a lot back!!!
Love coming your way, Happy, Bambi & Fern