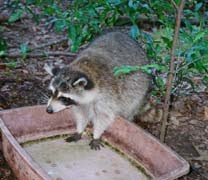 Pretty Boy and I do miss him so!!!!  I had him for 8 years!!!  Never knew coons lived that long!!!  If Pretty Boy had not been super smart I would have only got to know him for one summer, fall, winter and part of Spring and then he would have been run off by all the females, even the non -family girls.  They run off all the males coons!!!  That way there is no inter-breeding!!!  Pretty Boy was smart enough to go next door to live and came and see me at off times when the females were sleeping only.  The girls knew he was coming around --they could smell him but they never got to see him.!! I could go over to the south fence and call him and he would come down from the tree he was in and we would walk by the fence--him on the outside and me on the inside and we would walk and I would talk to him.  We would go over to the back fence gate and he would come in and I would feed him for the day and then we would do that again the next day.  For 8 years and the last time I feed him I knew it would be the last time,, he was so old looking and gray around his mouth and eyes.  That last day he didn't eat very much!!  I think he was just saying thanks and good by to me. 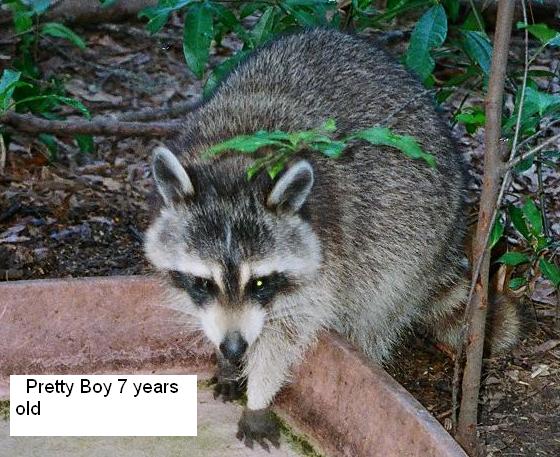 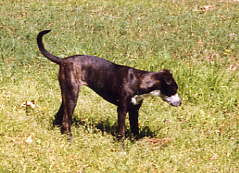